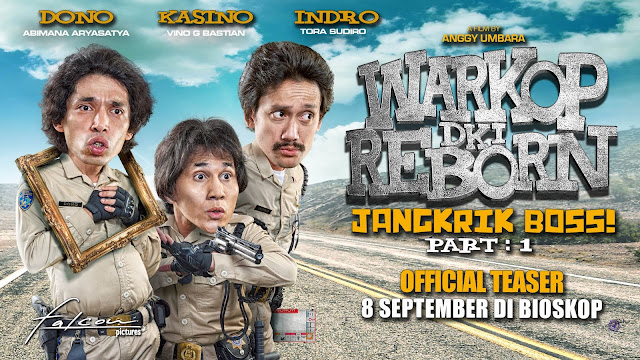 Sinopsis :
Dono (Abimana Aryasatya), Kasino (Vino GBastian) and Indro (Tora Sudiro) returned to actionin the middle of the hustle and bustle of Jakarta. They will once again serve as a Private Institution personnel named CHIPS (Cara Hebat Ikut-Ikutan Penanggulangan Sosial). Although they eagerly carry out their duties to serve the community, but the chaos always arise as a result of their action which is ridiculous. This of course made them the butt of many parties, including their Boss. Finally, the Boss brings Sophie, professional beautiful CHIPS shipment from France to help new task DKI (Dono, Kasino Indro) in capturing the robber ??